Skip to content
Home » Career » Is It Hard To Become an Actor Or Actress? Growing up, a lot of people have always wanted to become actors. And yes, acting is somewhat of an interesting career, however, it does come with its challenges. But have you ever been curious about how hard is it to become an actor?

However, acting is more than just memorizing lines and talking naturally with a few emotional pauses. It is doing something real under imaginary circumstances. And for every actor to do this, they must first learn a lot of challenging, and creative skills.

In this article, I will explain what an actor is, and does, and explore some of the major pros and cons of being one.

So, let’s dive right in.

Table of Contents show
Who is an actor?
Responsibilities of an actor
How hard is it to become an actor?
How to improve your chances for success as an actor?
Skills you need to be a good actor
What does a career in acting and performing look like?
FAQs
Conclusion

Who is an actor?

An actor is a person who plays a role in a film, television show, or live performance. Although many actors specialize in a particular genre, such as film or theater, most have been trained to fit in all kinds of performances.

Actors are essential members of every theatrical production, as they portray the roles of their characters and carry out the director’s vision.

However, an actor’s detailed responsibilities on the job can differ from one project task to another.

SEE: Here’s How to Become a Chiropractor and Offer Top Services in Your Locality

Responsibilities of an actor

How hard is it to become an actor?

Acting, according to many, is talking and showing some emotion now and then on stage or in front of an audience. And that is why so many people think they can do it. No, that’s not true. Acting is much more than that.

Becoming an actor is a process and you will have to endure a barrage of rejection before landing an audition.

For many actors, this is the most discouraging part of the process because there seems to be nothing they can do to change it.

While acting doesn’t require you to attend drama school, it can be extremely helpful to your career if you had a degree. And given how difficult it can be to gain admission, this is the first of many hurdles to professional acting.

Also, working as an actor comes with a level of inconsistent financial and job security. Many actors sometimes finish a job without immediately getting another role, which makes many actors maintain extra jobs to make ends meet while waiting to land a new role.

Actors can find it hard to make so much money at the beginning of their careers. And this is because many production companies and directors prefer to work with actors who have been in the industry for a while. This makes it hard for new actors to find work.

According to a 2019 report, only 2% of actors make a living from acting. In other words, just 1 in 50 actors can genuinely make a career from acting. This shows how incredibly hard it is to become a professional actor.

How to improve your chances for success as an actor?

Well, the fact is you have little or no influence over rejection, and it is just perfect to know how to control your career.

However, even though you have no control over rejection, there are steps you can take to get more auditions and the likelihood of getting the role.

1. Be open to rejections

Rejection is the primary reason many quit or do not attempt acting in the first place. We are humans, and part of being human is feeling unworthy.

But what you can do is understand why you are rejected in the first place so that you can learn better coping mechanisms. And If you learn to cope with rejections, you will be less susceptible to giving up.

So why are actors so frequently rejected? If an actor is rejected, it is typically because they are unsuitable for the role.

There are frequently a hundred performers applying for the same job, but this does not necessarily imply that they are superior actors. It just implies you were not a good fit for the role.

If a casting director has invited you to audition, they are interested, they know you can act, and they simply want to determine if you are a good fit for this job.

And when you realize that auditioning is not about your talent, but rather about the casting director identifying the best candidate for a role, you will understand why you are rejected in the first place.

Instead of focusing on rejection, you should focus on improving yourself. While you might have attended theater school, workshops, and other acting courses, this does not teach everything there is to know about acting.

Of course, it provides you with a world-class foundation, but if you do not build upon it, that is all you will have.

Just like any other craft, actors can become rusty if they do not take personal development seriously. Hence, you should practice skills like self-taping, script analysis, etc. The difference between landing the job and not landing the job is consistent practice.

3. Create your own works

While it is good to relax during an extended period of unemployment, it is also good to create your own work, which gives you some sort of control over your career.

Creating your own work helps you to develop your creative muscles and demonstrate your skill set to industry professionals before being hired.

Then you can send your work to agencies and casting directors to get you an audition role, or even the lead role itself. And as your career progresses, you can leverage what you have to get bigger and more rewarding roles.

It is not hard to get caught up in the process of finding a job. And really, it is challenging because actors are often forced to take up additional jobs to make ends meet.

Many people’s attention is drawn to the performers who are making millions of dollars while doing the work that they would like to be doing.

However, this is not a productive way of thinking. This route may be physically and mentally tasking. Your mindset may be the most crucial factor in determining your total performance.

This is the ideal statement as if you are continually considering the rejection you have got. You will enter the audition room with the mentality that you need this position to pay your bills. And while this may be true, your audition will suffer as a result.

Having to work around the clock is very normal for actors, however, burnout is real. And just because you love acting does not mean you cannot be bored with it.

So, it is just perfect to find a balance that you can maintain for the rest of your life, and once you accomplish this, you will feel more fulfilled regardless of your level of success.

Do not equate happiness with achievement. Surround yourself with people you cherish and who cherish you. Connect your pleasure to your life, regardless of your employment status.

Skills you need to be a good actor

What does a career in acting and performing look like?

Acting is not a linear process. You will likely work on a freelance or contract basis, and your specific roles may change based on the client and the length of the production.

Performers’ careers might begin in a variety of settings, including small-scale or experimental theater, self-production, ensemble or understudy roles in larger companies, and more.

Some performers and actors, however, get their starts in leading roles if they are a natural fit for the part.

How would you describe an excellent actor?

An excellent actor is characterized by their passion and confidence in acting and entertainment.

Is there such a thing as bad acting?

Yes, it is called overacting (commonly called hamming or mugging), which refers to exaggerated acting.

Is acting skill or talent?

Acting is a skill. However, just like most skills, it is aided by natural talent.

While anyone can act, becoming a professional actor is entirely different. Great actors, because of how subtle and natural they are, make us think that acting is easy, but it took them a couple of years of training to get to that point.

Becoming an actor can be incredibly hard, and only a small fraction of those who try ultimately succeed financially.

However, with constant practice, resilience, and improving your skills, you can land that big role you desire.

I hope you found this article helpful. You can also read to know how to get an acting agent without experience. 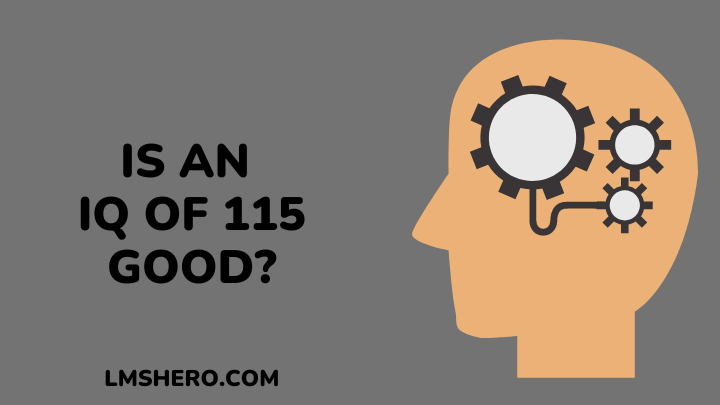