Skip to content
Home » Guides » What Is The Hardest Language To Learn? Mandarin is the hardest language to learn in the world. For most people, especially those whose native languages use the Latin writing system, Mandarin is considered to be the most difficult of the hard languages to learn across the globe.

Language is the expression of thoughts through speech and sounds combined into words. Words can be merged into phrases in the same way that concepts are combined into thoughts.

However, the Mandarin language which is acceptable by over a billion people globally can be quite challenging to learn and this article is written to help you understand just why.

Mandarin is a member of the Sino-Tibetan language family, which includes Chinese and Tibetan. The manner of speaking the words affects their meaning because Chinese is a tonal language. There are four tones in Mandarin while other Chinese languages have up to ten unique tones.

In terms of language, the term “Mandarin” has two meanings. It could refer to a variety of languages or the Beijing dialect, which is China’s mainland official language.

Standard Mandarin (Mainland China’s official language) and Jin (or Jin-yu), a language spoken in China’s central-north region and inner Mongolia, are both parts of the Mandarin group.

Each Chinese character represents a syllable in the spoken language. Despite the fact that characters represent words, not every character is useful alone.

The Chinese writing system is incredibly complex, making learning Mandarin the most difficult component of the language. There are hundreds of characters to memorize and practice in order to master the written language.

The Chinese government began shortening characters in the 1950s in an attempt to increase literacy. Mainland China, Singapore, and Malaysia use “simplified characters”, but Taiwan and Hong Kong still use traditional characters.

What are the challenges of learning Mandarin?

The initial step in learning an alphabet-based language is memorizing letters – usually no more than two or three hundred. After that, you’ll get your basic toolbox for the rest of the project.

In Chinese, there are approximately 50,000 characters, of which an educated individual should know roughly 8,000. Even in immersive environments, acquiring them will take years of persistent, daily memorization, and you will be unable to read even the most basic literature for an extended period of time.

The fact that Chinese is a tonal language is one of the challenges you’ll face once you start speaking it. It means that, in addition to vowels and consonants, you must memorize an additional component for each word.

It’s difficult to break intonation habits in Chinese since what is used to emphasize aspects of a phrase in English is used to change the meaning. This indicates that if you continue to use the same tone, your speech will become unintelligible.

3. Written Languages Are Not Phonetic In Nature

Even if you don’t know how to pronounce a word in English, you can make an educated estimate based on your prior experience or, in more difficult circumstances, consult a dictionary.

You can say a Chinese word as many times as you like but still have no idea how to transcribe it. Although there are some patterns and ideas, they are not as clear as in English.

Even if you recall a character’s appearance, looking it up in a dictionary will require some ability. Simply be thankful that you live in the twenty-first century and have electronic dictionaries at your disposal.

SEE: Tips On How To Learn Faster And Be More Productive In Less Time

Factors To Consider When Learning Mandarin

1. Recognize That Chinese is a Simple Language to Pick Up

Learning Chinese can be difficult for someone who grew up speaking a Western language. However, this does not rule out the possibility of success. Many non-Chinese are unaware that Chinese has one of the most simple grammars in the world.

If you wish to learn written Mandarin, learn “simplified” characters rather than “complicated” or “traditional” characters. With simplified characters, it takes only a few brush or pen strokes to write a character or phrase, making them much easier to remember.

Furthermore, both mainland China and Singapore use “simplified characters” as the official script.

3. Each of Your Lessons Needs To Be Treated Attentively

You must put in a lot of effort if you want to learn Mandarin quickly. This implies that you should be serious about your lessons. It’s also beneficial to take Mandarin classes in a classroom setting and devote a large amount of time to practice and self-study.

4. Try To Be Fluent In Mandarin

To effectively study Mandarin, you must first master its spoken form before deciding whether or not to learn how to read and write it. Because written Mandarin is non-alphabetic and made up of thousands of pictographs called “characters,” it may be difficult for a non-native speaker to memorize. Speaking Mandarin, on the other hand, is much easier to learn quickly, despite its tonal richness.

Fortunately, Chinese grammar is very easy, so once new speakers have mastered how to pronounce the four tones correctly, they may rapidly begin articulating complete sentences.

Characters, on the other hand, are much easier to learn and recall once you have a good understanding of them.

How Long Does It Take To Learn Mandarin?

Some people can acquire multiple languages quickly and readily, although they are in the minority.

A learner with average aptitude can reach level 2 in Spanish or French in 15 weeks, while it takes about 50 weeks to reach the same level in Chinese. You’ll need about 230 weeks, or about 4 years, to become entirely fluent in Mandarin.

The simple explanation is that the length of time it takes you to learn Chinese depends on a lot of factors. Experts predict that it will take 2,200 hours of classroom time to become fluent. It would take 88 weeks if you put everything else on hold and focused solely on learning Chinese for 5 hours per day.

Learning a new language needs a thorough comprehension of new grammar and sentence structures, as well as cultural meanings and accents. Furthermore, some people naturally find it easy to acquire new languages more quickly (or worse).

SEE: Easiest Languages You Can Learn

Overcoming the Challenges of Learning a New language

1. Prepare the Items You’ll need For Your Studies

Disorderliness can be your worst adversary when it comes to language learning. Consider how many times you’ve forgotten to review a Mandarin lesson since you didn’t have any notes. Your information will be spread out and full of holes if your study materials are all over the place.

All it takes is a little effort to bring some order to the chaos. Sort your study materials into several categories, such as grammar, vocabulary, and writing skills.

2. Practice Outside of Your Usual Environment

Learners frequently make the mistake of not pushing themselves to apply what they’ve learned in real-life settings. Spend as much time as possible with people who don’t speak your native tongue naturally. As a result, you’ll be forced to practice beyond the classroom.

3. Make Certain You Learn From Your Errors

It takes time to learn a new language. When you’re tired and your head is in disarray, it’s easy to take criticism the wrong way. However, getting feedback and learning to appreciate criticism are two of the most effective strategies to accelerate your growth.

Reading is one of the most efficient ways to increase your vocabulary and improve your Mandarin comprehension. You will have a huge advantage if you have already read the book in your native language.

If you don’t understand anything, you’ll probably remember it and be able to fill in the blanks. Ensure the book you’re reading is suitable for you.

5. Consider Expressing Yourself in Mandarin

Have you ever attempted to express your inner monologue in Mandarin? Maybe you’re still thinking in your native tongue while translating sentences into Mandarin since the long-awaited “flip” hasn’t arrived yet.

Consider switching to Mandarin if you find yourself thinking in your primary language. You won’t feel like you’re humiliating yourself as no one can hear your thoughts but you may still practice by making up mini-conversations or describing things around you to yourself.

Take our word for it, even if it sounds a little ridiculous. It will assist you in beginning to think in Mandarin while having a discussion that is not in your brain.

1. Exposure to the New Language

Exposure is the most important part of learning a new language. Can the learner’s exposure to the language be limited to the classroom? Is it feasible that they come from a native-speaking family? Is the student learning in a program where the language is taught as a first language?

The age of the learner has a big impact on their ability to pick up a new language. The earlier a child can begin learning a new language, the more quickly and thoroughly they will be able to understand talking, writing, and reading.

Adults may find it more difficult than children to gain native-like command of a new language; therefore, it is preferable to begin learning from a young age and continue with it.

3. The Native Language of The Learner

The learner’s original language has a significant impact on their ability to learn a new language. If the learner’s native language belongs to a comparable family of languages, the learning process will be considerably easier.

4. The Motivation of the Learner

As with any other educational activity, the student’s motivation is critical to their performance. When learners are eager to learn a language and see how important it is in their life, they begin to take risks with language production, which helps them learn it faster.

What is the difference between Language and Dialect?

Language is a structured and traditional form of human communication that entails the systematic and customary use of words. A dialect is a language variation that is exclusive to a location or social group. The two main types of dialects are standard dialects and non-standard dialects.

What is the difference between Cantonese and Mandarin?

Mandarin has only four tones, whereas Cantonese contains at least six and probably as many as nine. Although individuals who are fluent in either language can communicate with one another, Mandarin speakers may struggle to understand the tone of colloquial Cantonese.

Mandarin is a tonal language, which means the meaning of a word is entirely dependent on how it is said. The number of native speakers varies substantially, yet it’s undeniable that Mandarin is the most widely spoken language on the planet.

With a character set of over 50,000, it is undoubtedly one of the most challenging languages to master. But the good news is there are no verb conjugations, tenses, or gender-specific nouns, which makes learning the language highly motivating.

If you want to learn a language spoken by one out of every six people on the earth, this is the language to learn. To get started you can check out the best platforms to learn languages. 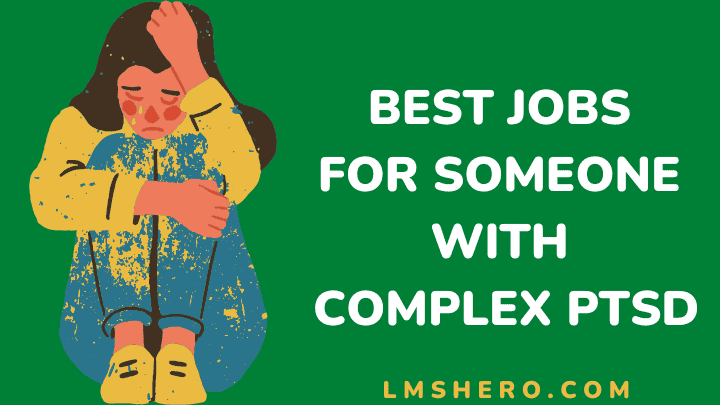