In general, an IQ of 60 corresponds to a level of intellectual functioning that is well below what is expected for someone of that age.

Anyone with an IQ of 60 or one that falls way down below the national average is considered to be mildly impaired. It means that such a person has significant limitations in performing daily tasks.

That being said, it doesn’t necessarily mean that such a person cannot live normal and simple lives.

This article talks about people with an IQ score of 60, what it means, and the jobs that suit one with such an IQ score.

As mentioned earlier, an IQ of 60 is generally considered mildly impaired. This means that such a person has a lifelong condition of impaired or incomplete mental development.

Generally, a person with an IQ of 60 has different characteristics which include;

People with low IQ levels are categorized into various mental ages. Usually, for an IQ of 60, the mental is the same as that of a third grader. Hence such a person’s mental age is the same as a 6 or 7 years old child.

Undoubtedly it is hard for such a person to perform tasks the way a normal adult would. Or you can say such a person does not possess the skills necessary to cope with the requirements of everyday life.

Some of these are;

A person being mildly impaired or cognitively limited is caused by many reasons, such as;

How to help someone with an IQ of 60

While there is no known cure for people who have cognitive limitations, there are still ways to help them. This is just to ensure that they live normal lives.

Below are some ways to help such people;

1. Teach them to perform intellectual tasks

As mentioned earlier, people with this level of IQ have the mental age of a 6 or 7-year-old. You can help them perform intellectual tasks, much like kids, they will learn with time. These tasks should be ones that are educative, for example, puzzles or quizzes.

This is one of the most important steps you can take. According to HRW’s report on mildly impaired individuals, a majority of them do not understand how to socialize.

Even when most of them do, they do not understand the effect of their action and are easily influenced or manipulated.

Just like kids, you should offer them social support and educate them about the consequences of their actions.

3. Find them jobs that are not complex

Many jobs may seem too complex for people with this IQ level as they find it hard to grab complex ideas.

However, there are still a number of jobs that they can do and still thrive. Particularly, these jobs should require little or no education requirements.

Best job for people with an IQ of 60

The best kind of jobs for people with an IQ of 60 are ones that do not require advanced reasoning or technical skills. Rather, the job should be one that is simple, low-stress, and easy to learn.

Some of the best jobs for people with an IQ of 60 include;

Working as a dishwasher is relatively very easy and straightforward, it also requires no educational background.

Basically, you get handed dirty dishes to wash. This requires no analytical skills and suits one with an IQ of 60.

According to the Bureau of Labor Statistics, the demand for dishwashers will increase by 1.6% in the next 10 years. They also stated that dishwashers earn around $ 27,350 per year.

Another position that one with an IQ of 60 can fill is a grocery bagger. It doesn’t require much intellectual prowess or aptitude for complexities. All you need do is put groceries in a bag and place those bags in a shopping cart.

According to the Bureau for Labor Statistics, the demand for grocery baggers is said to increase by 6% in the next 10 years. They also stated that grocery baggers earn around $30,320 per year.

SEE: How to Quit a Job Over Text Examples

A janitor also called a cleaner, keeps a building clean, sanitary, orderly, and in good condition. This job is simple to learn and fits one with an intelligence quotient score of 60.

It is often looked down upon, but it is actually a pretty noble profession. The Bureau for Labor Statistics states that the demand for janitors will increase by 4% in the next 10 years. They also stated that janitors earn around $29,760 per year.

SEE: Is Working A Full-Time And Part-Time Job Possible?

A car wash attendant is one who cleans vehicles, machinery, and other equipment. Although some car wash organization requires workers to have at least a high school diploma, many don’t.

What is the mental age of people with an IQ of 60?

What is the percentile of an IQ of 60?

Although it falls below the average, it doesn’t necessarily mean it is bad. People with such IQ scores can still live normal lives.

An IQ score of 60 is generally termed as cognitively limited or mildly impaired. This means that people with this IQ level are unable to think logically or grasp complex concepts.

That being said, having this IQ score doesn’t necessarily mean the end of the world. Some people still live life normally, even with such a low IQ score, the same way others do.

Although they find it difficult to perform tasks, there are still various jobs that one with this IQ score can take up. He or she can be a janitor, grocery bagger, car wash attendant, or dishwasher.

These jobs are simple and require little or no analytical skills. One with an intelligence quotient score of 60 can easily fit into any of these positions.

I hope you found this article helpful, if you did, you should also see practices that can help you increase your IQ. 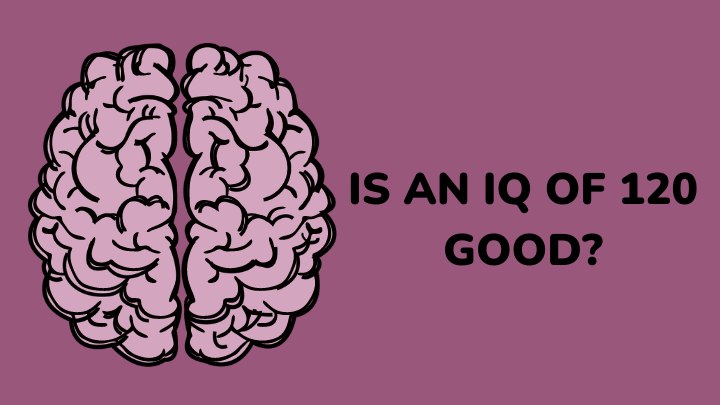